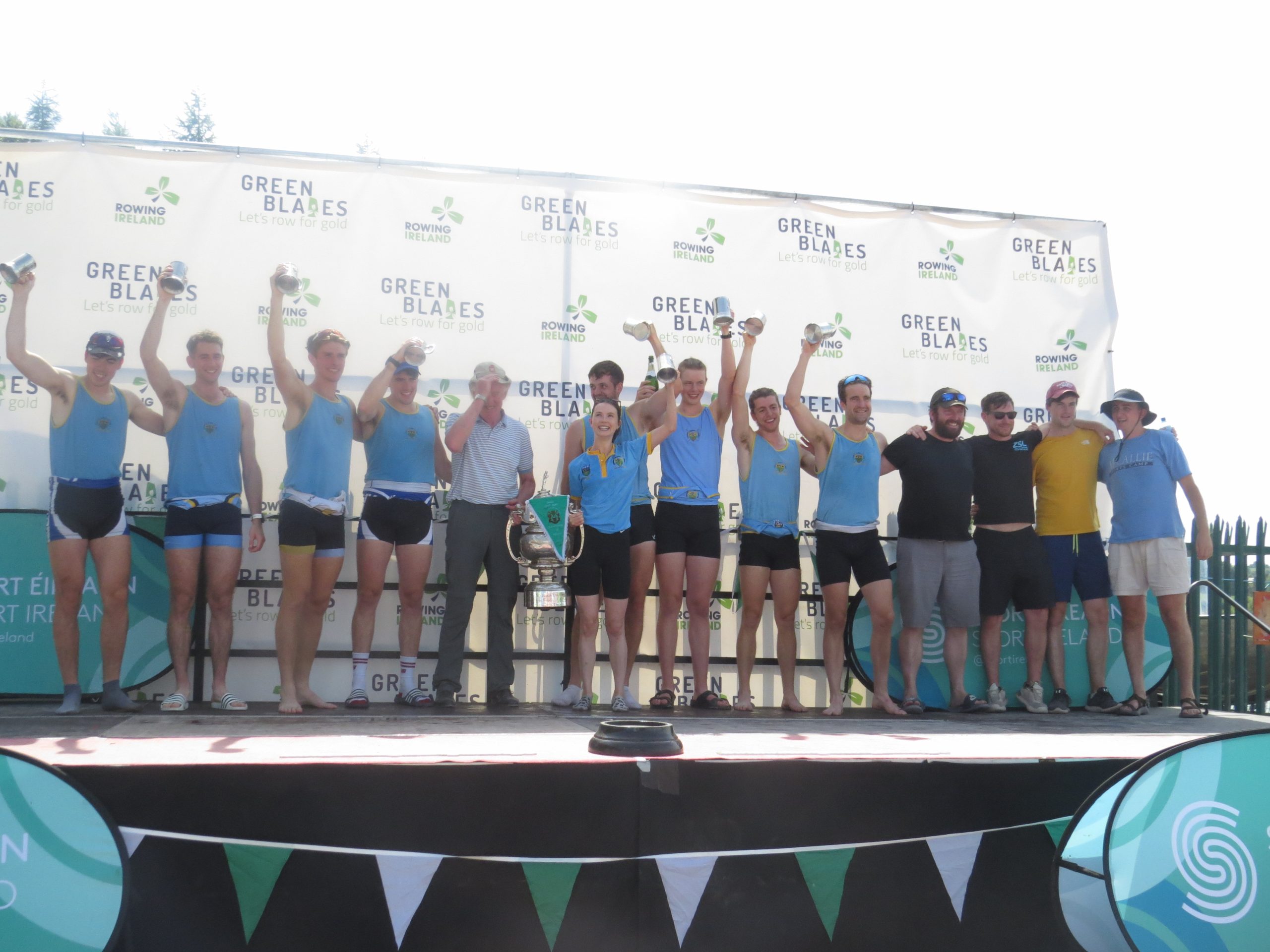 UCD are the senior men’s eights champions of Ireland again. They led for most of the 2,000 metres, but they had to pull on all their experience to rebuff the challenge of Cork, who refused to let them open a big lead. Only in the final quarter was it clear that UCD would win their third successive title at the National Rowing Centre.

The UCD novice eight won their two-boat battle with Trinity, completing the set of wins, which also included the men’s intermediate and club eights.

It was another productive session for NUIG. Led by stroke woman Fiona Murtagh, they won the women’s senior eights pot in combination with Galway Rowing Club. Murtagh, who took bronze for Ireland in Tokyo is in tremendous form. She was winning her 10th Irish title.

Bann’s speciality was the women’s junior sculling classes. They completed the set, which had included the single and double, by winning the quadruple through Kirsten Tea, Clare Campbell, Flynn Greene and Ellie-Kate Hutchinson.

Skibbereen brought their haul to four with a good win for Christopher and Cathal O’Donovan, who are not related, in the junior men’s double sculls.