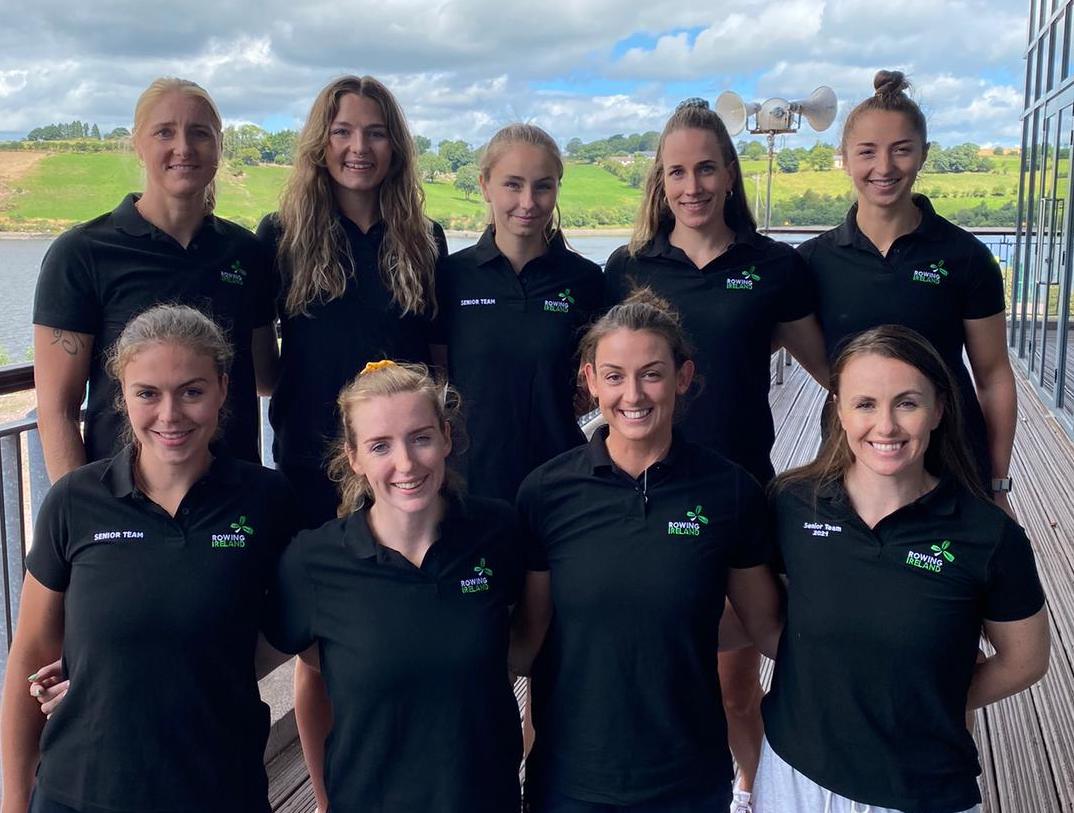 Two Ireland crews lifted themselves into A Finals with wins in their heats, and one more qualified for the semi-finals on a day of heats at the European Championships in Munich. If the history-making women’s eight (pic) find their way to the final they must come through a repechage.
The women’s four have strong ambitions to be at or near the head of the field come Saturday’s finals, but they had to take on the Netherlands in their heat. The Irish crew of Natalie Long, Aifric Keogh, Tara Hanlon and Eimear Lambe produced a fine performance to control the race and win – and the Dutch could only finish third and must negotiate a repechage.
Lambe was celebrating her 25th birthday.
The men’s lightweight double won their heat in familiar fashion. Swizerland led through the middle of the race, but Fintan McCarthy and Paul O’Donovan took over before the 1500-metre mark and brought it home. Italy Pietro Ruta and Stefano Oppo took the other A Final place on offer by winning the other heat, though in a slower time.
France pulled out and saved both crews a race, as with 12 crews there were just two heats, with the top two going directly to the A Finals.
The experience of Sanita Puspure was evident in the heat of the women’s double. The 40-year-old sculler teamed up with Zoe Hyde to effect. They took a steady second behind the Netherlands and go through to Friday’s semi-final.
A second place behind the Netherlands was not what the women’s eight wanted in their heat, but they could do not better and now are scheduled to compete in a repechage just two hours before that doubles races (9.48 and 10.47 Irish time). Hyde and Puspure are both in the eight.
It is also set to be a testing programme for Emily Hegarty and Fiona Murtagh – the Ireland women’s pair have a repechage at 8 o’clock Irish time. In their heat they could not force themselves into a top-two spot, which would have secured direct qualification for the A Final.
Just one crew qualified from the heat of the lightweight women’s double sculls. While Ireland’s Lydia Heaphy and Margaret Cremen finished well and won a smaller battle with Poland to take second, Britain’s Imogen Grant and Emily Craig had already won well by then, while Ireland face into a repechage.
Aoife Casey also has a Friday repechage. The UCC woman took fourth in her heat of the lightweight single sculls.
There will be a straight final on Sunday for the pararowing crew of Katie O’Brien and Steven McGowan. They finished fourt in their preliminary race.